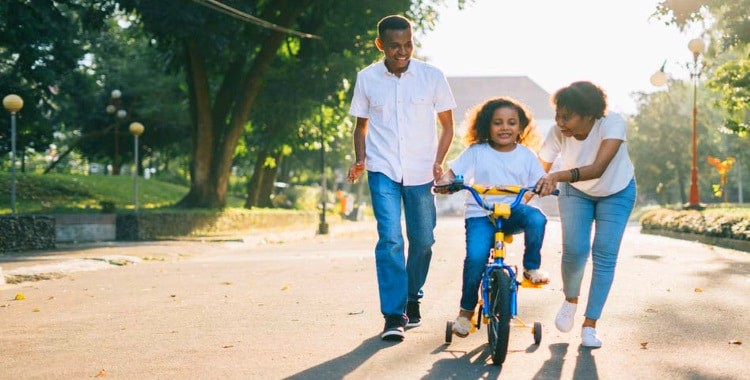 There has been much hype in the media about the 2022 UK Highway Code changes. From the lack of awareness that many road users have about the amendments to whether they really will improve road safety.

Cyclists are one of the groups that could be impacted most by the changes with an anticipated improvement to their safety. However, is there now really less chance of being hit while cycling?

Because when those incidents happen, not only is there the injury to deal with, there’s also the loss of earnings and other costs to deal with. And that means that the cyclist is in the situation where they need to claim compensation to get them back to the situation they were prior to the accident.

In this article, we will take a look at the new changes to the Highway Code that will have the greatest impact on cyclists.

We now have a hierarchy of road users, with pedestrians being given priority over other road users. And when you consider that they are the most vulnerable, then that makes perfect sense.

This means that at a junction, other users, including cyclists, must give way when pedestrians are crossing or waiting to cross a road. This applies both when turning into or from a junction.

The updated code states that cyclists will need to give way if pedestrians are waiting to cross a zebra crossing or make a parallel crossing across a junction. Previously, this right of way only existed when the pedestrian was already on the crossing.

Priority For Cyclists and Horse Riders When Cars Are Turning

One of the most dangerous situations for cyclists is when drivers try to turn left ahead of them when there really isn’t enough time and space to do so. This rule aims to prevent that situation from happening.

Drivers are told that they must not cut across cyclists, horse riders or horse-drawn vehicles when turning into or out of a junction. While this may seem like common sense, sadly, the number of accidents that happen in precisely this type of situation shows otherwise.

When the door is opened this way, the drivers head and body turn as they reach across. This means that they are much more likely to see an oncoming cyclist and prevent them from colliding with a carelessly opened door.

Wondering where the name the ‘Dutch Reach’ comes from? Well, this is a common practice in the Netherlands, where it’s been part of driver education for over fifty years!

While this has been one of the most controversial changes, it’s important to know that the Highway Code does not encourage this as a standard way for cyclists to use the roads. Instead, it states that they should ride two abreast when it would be safer to do so. It then goes on to provide some examples including –

From the perspective of other road users, it is actually quicker to overtake two riders riding abreast rather than two in a single file. It also ensures that overtaking only happens when there is enough room on the road to do so safely.

Cyclists to Ride in the Middle of the Lane

Another one that’s been causing some motorist groups to become irritated. However, looking at it from the perspective of road safety, when a cyclist rides right up close to the curb, their visibility decreases, and then the risk of an accident increases. That’s not to mention that riding at the edge of the road means going through all the gravel and debris that collects there along with riding over gutters, all of which can increase the chance of a cyclist coming off their bike.

However, when a cyclist keeps the recommended half a meter from the road’s edge and motorists leave a 1.5-meter overtaking distance, getting past a cyclist on a narrow stretch of the road becomes dangerous. To reduce the temptation for other road users to pass the cycle when the road conditions make it a hazardous decision, cyclists are now advised to ride in the center of the lane.

Cyclists Are Not Required to use Cycle Lanes

It might seem that cycle lanes should be the safest and most convenient route for cyclists to use. However, this is not always the case. It might be that they offer a less safe route in some situations or that they are simply inconvenient to use.

While it’s never been compulsory for cyclists to use these lanes, the updated Highway Code clarifies the situation.

Will The Changes Improve Cyclist Safety?

In theory, yes. The changes make it clear that road users are responsible for keeping the most vulnerable road users, pedestrians and cyclists, safe. However, a lack of awareness about the rule changes has caused concern. The AA motoring organization found that when they polled over 13,700 of their members, nearly a third had no idea that changes were being made nor what those changes would be.

With heavy fines and penalty points being the likely punishments handed out for not following the new code, it’s essential that all road users understand their responsibility towards highway safety.