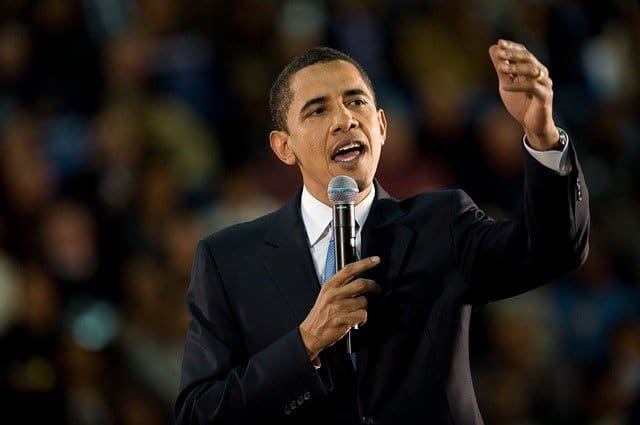 What set Barack Obama apart from previous presidents in the United States was his ability to communicate effectively with the nation’s people. And what is even more impressive is how he does so through digital platforms and mediums. Although he has not been president for quite some time, looking back on his comments really does prove interesting reading considering today’s current climate.

As I am sure most people know, almost everything is moving to online platforms and mediums these days. The internet has the scope to reach a number of people which is simply unimaginable. One area of the internet which is absolutely thriving is social networking. Celebrities, businesses and alike have all established themselves on the likes of Twitter, Reddit, Myspace and Facebook.

Nevertheless, despite the evident reach the internet has, many people would not expect the president of the United States to use this to his advantage. However, he certainly did, and why not?

There is simply no better way for Barack Obama to reach such masses of people. Even today, he continues to use social media to get across his message and to pledge his support to different causes.

The former president surprised the world by spontaneously appearing on popular social networking site Reddit. The president signed onto the site as ‘PresidentObama’ and wrote three simple words that sent Reddit users into a frenzy: ‘Ask me anything’.

Before the president began to answer messages he posted the following message:

“Just finished a great rally in Charlottesville, and am looking forward to your questions. At the top, I do want to say that our thoughts and prayers are with folks who are dealing with Hurricane Isaac in the Gulf, and to let them know that we are going to be coordinating with state and local officials to make sure that we give families everything they need to recover.”

So, with anxious individuals all over the world waiting to ask Obama questions, what did we find out from his spontaneous ask me anything session on Reddit? (…Aside from the fact that he is a Chicago Bulls fan!)

Below, we are going to recap some of the most fascinating things he said when he was asked questions on everything from money to family.

“Money has always been a factor in politics, but we are seeing something new in the no-holds-barred flow of seven and eight-figure checks, most undisclosed, into super-PACs; they fundamentally threaten to overwhelm the political process over the long run and drown out the voices of ordinary citizens.

We need to start with passing the Disclose Act that is already written and been sponsored in Congress – to at least force disclosure of who is giving to who. We should also pass legislation prohibiting the bundling of campaign contributions from lobbyists.

Over the longer term, I think we need to seriously consider mobilizing a constitutional amendment process to overturn Citizens United (assuming the Supreme Court doesn’t revisit it). Even if the amendment process falls short, it can shine a spotlight of the super-PAC phenomenon and help apply pressure for change.”

Of course, this is a topic that is very much at the center of discussions today, and so his thoughts are very interesting. Today’s president, Donald Trump, also shares modern views on using the Internet to get his point across.

“Internet freedom is something I know you all care passionately about; I do too. We will fight hard to make sure that the internet remains the open forum for everybody – from those who are expressing an idea to those to want to start a business. And although there will be occasional disagreements on the details of various legislative proposals, I won’t stray from that principle – and it will be reflected in the platform.”

“We’ve really focused on this since I came into office – 18 tax cuts for small business, easier funding from the SBA. Going forward, I want to keep taxes low for the 98 percent of small businesses that have $250,000 or less in income, make it easier for small businesses to access financing, and expand their opportunities to export. And we will be implementing the Jobs Act bill that I signed that will make it easier for startups to access crowd-funding and reduce their tax burden at the start-up stage.”

Very interesting considering the news of the US and Iran at the moment.

“Any time you send our brave men and women into battle, you know that not everyone will come home safely, and that necessarily weighs heavily on you. The decision did help us blunt the Taliban’s momentum, and is allowing us to transition to afghan lead – so we will have recovered that surge at the end of this month, and will end the war at the end of 2014. But knowing of the heroes that have fallen is something you never forget.”

We thought we would end on this one. After all, it is rumored Mr. Obama is going to be helping Harry and Meghan in this controversial period as they step back as Royals.

“It’s hard – truthfully the main thing other than work is just making sure that I’m spending enough time with Michelle and the girls. The big advantage I have is that I live above the store – so I have no commute! So we make sure that when I’m in DC I never miss dinner with them at 6:30 pm – even if I have to go back down to the Oval for work later in the evening. I do work out every morning as well, and try to get a basketball or golf game in on the weekends just to get out of the bubble.”