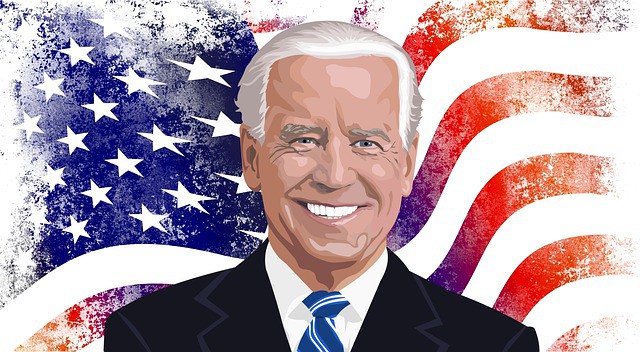 Bitcoin is genuinely one of the most anonymous and excellent digital currencies. The value of bitcoin is this much higher because of its immense popularity all over the world. Recently Bitcoin has suffered a significant loss on Friday. This was due to the change in joe Biden’s tax plans as he plans to increase the capital gain taxed, which will curb down the investment in the digital currency.

This downfall in the price of bitcoin came after the reports that the state Biden government is planning to make proposed changes to the US tax code.

This plan includes doubling up the taxes that are charged on the capital gains to 39.6% of people who are earning more than one million dollars. Bitcoin is one of the biggest and the fanciest cryptocurrencies, slumped down 7 percent to $48176 below the price tag of 50000 dollars.

The one thing that you might don’t know is that the bitcoin price has fallen down below the $50000 mark for the first time since March. When the investors got to listen to this news, then they decided to offload their bitcoin investment.

Reasons of loss that was caused after the outbreak of this news!

When Joe Biden announced this news, then the bitcoin and the various other cryptocurrencies have faced a decrease in their value. This news was announced on April 19th, 2021. This basically happened because there was the news that Joe Biden will make some amendment in the US tax code.

People did not have the idea that he will double up the capital gain taxes. You need to know that this fall in the value of bitcoin has caused so much loss to the investors.

If US president Joe Biden doesn’t make this kind of change in the tax rules, then there was no chance of a decrease in the value of bitcoin as it was continuously rising for some time.

Social media was full of posts and tweets where the bitcoin investors and the traders were talking about the enormous losses.

The traders, as well as analysts, said that the decline in the value is likely to be held temporary because of the continuous growth in retail and its universal acceptance. This news has also led to a decrease in the interest of people who want to invest their money in bitcoin. The big institutions are also worried that the value of bitcoin will fall more in the upcoming days due to this decision.

After the fall in the value of bitcoin, the share value of the cryptocurrency exchange Coinbase was also decreased by 5% of its value. All market has suffered losses due to these sudden changes in the tax plans by joe Biden. You will be amazed to know that just a few days ago, the value of bitcoin was 65000 dollars which is really so high.

However, some people are also using this downfall as an opportunity to invest in bitcoin.

There is no doubt in the fact that the value of bitcoin constantly fluctuates. So, the people who were waiting to invest their money in bitcoin used this opportunity. While some people are still not confused and worried as they think bitcoin value will go more down. This whole thing clears a fact that the condition of bitcoin in the future is unpredictable.

So, the only thing that is advised to the investors of bitcoin is that they should not offload the bitcoin as its value is not fixed. It can even rise or fall more.

This means that you should wait for a while before coming up with a final decision. There are also higher chances of a rise in the bitcoin value, and you will surely make big profits in the future. Just wait for the right moment, and you will get the desired results.