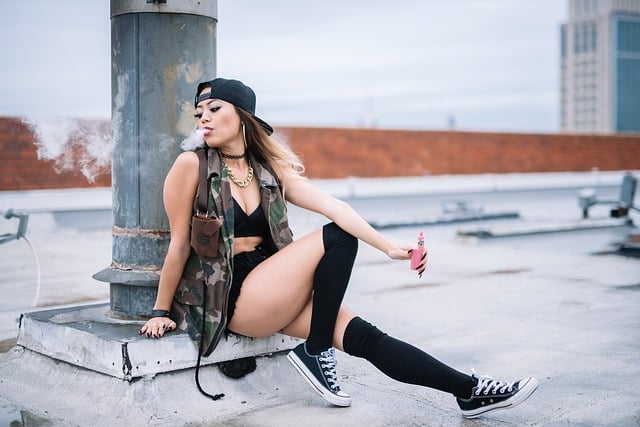 The internet is a wonderful thing. It’s given us so many wonderful outlets, and also various ways to make money from the comfort of our own homes. However, the internet has also degraded the culture in a devastating way. An example of this is OnlyFans.

OnlyFans helped open the door for women to make money by selling their body to men they’ll never meet. It’s a disturbing practice, especially among younger women. The culture used to want women to stop being objects to be used by men, but now it’s shifted towards claiming that making phonography is form of female empowerment. It’s also contributing to a warped relationship between men and women.

OnlyFans also contributes to the entitlement that young women feel. They think they’re worth more than what any guy can offer, and it leads to really toxic relationships. We don’t have to speculate on what happens to a man when he finds out his woman is objectifying herself for the amusement of strangers on the internet. It’s detrimental to the survival of the species.

Another thing that OnlyFans contributed too was legitimizing subscription models as a form of buying something. Subscription models are generally bad for the entertainment industry because it waters down the content that is produced. You can see how OnlyFans is pushing the idea of quantity over quality. It’s not healthy for a market to favor mass producing something over carefully crafting it.

Onlyfans has also given credence to the idea that you should be doing weird things for financial gains. What some of the girls on that website do for money isn’t safe enough to be repeated here, but just know that it’s some of the most absurd acts that you can possibly think of.

The economy is slowly turning into an entertainment based economy, and OnlyFans helped contribute to that. While we need entertainers, the market is currently flooded with them. Everyone wants to work from home and be their own boss. That’s an understandable position to take. However, the idea that everyone in the world should be some kind of entertainer is illogical. Even women who ran an OnlyFans account weren’t making enough money to pay the bills. For some reason women continued to flock to OnlyFans to make a career out of being naked on camera.

The psychological damage that outlets like OnlyFans can do to young people is irreversible. Pornography has a well documented effect on the psychology of those who view it regularly. Some of the problems that arise are decreased libido, worse lovemaking, and skewed emotional expectations. OnlyFans is possibly the worst offender because it actually lets men interact with the model their paying for. Men start to get the wrong impression on how to talk to women, and women get better at lying in order to get what they want. The societal damage caused by OnlyFans cannot be understated.

Are there some pros that come with OnlyFans? Sure, everything has pros. One of the pros is that you can make money outside of a broken financial system. If you’re exceptionally good at it, you may be able to quit your job. There’s also the reality that you can open a totally none pornographic OnlyFans page in order to better communicate with people you consider fans. It can be used to filter out the trolls that you may be interacting with. Most trolls aren’t going to pay a subscription just to harass you. You can find your favorite content creator here!

In closing, the effects of OnlyFans on society is mostly negative. Although there are some benefits to it existing, the cons outweigh the pros. While it’s not good that OnlyFans is being pressured to end its current business model, it’s also not good for society to be able to get instant gratification through financial means. This society is too addicted to pornography and consumerism.