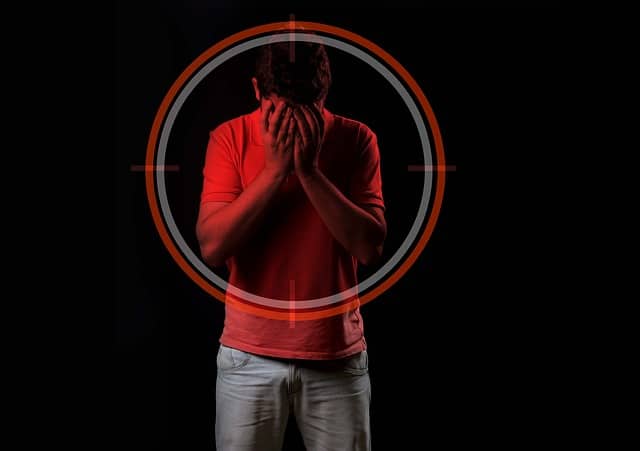 It’s normal to feel anxious from time to time. The world can, after all, be a little stressful on occasion. In many cases, a feeling of anxiety is beneficial since it can alert us to something that we need to know about, such as potential danger. However, if the feeling of anxiety isn’t fleeting or exists when there is no external danger, this could indicate a problem.

What Is An Anxiety Disorder?

Anxiety disorders affect nearly 30% of the adult population at some point in their lives, making them one of the most common mental health conditions. A person with an anxiety disorder may respond to non-threatening situations and stimuli with a sense of fear or panic. It’s an extension of the anxiety that people without the disorder may experience when they have to do a big presentation at work or give a speech at a wedding. A person with an anxiety disorder may have the same emotional and physical reaction even though there is nothing obviously anxiety-inducing happening.

The Symptoms of Anxiety Disorders

As with most mental health conditions, there are often physical symptoms. These include:

Anxiety disorder is a broad term that refers to many different types of anxiety. The most common ones include:

Generalized Anxiety Disorder, often referred to as GAD, is just what the name suggests: a general anxiety disorder. A person with GAD may have extreme worries on a daily basis. They could have unrealistic worries about school, relationships, health, or anything else. Their worries will be out of proportion to the reality of the situation.

A person with agoraphobia will be afraid of visiting places or situations because they fear they may have a panic attack and be embarrassed or helpless. A person with this condition will usually intentionally avoid attending events or places out of fear of what may happen.

This is more common in children than it is in adults, though it can affect people of all ages. A person with this disorder will feel excessive fear or anxiety when they’re not physically with their parents or parental figure.

Social anxiety disorder is one of the most common anxiety disorders. A person with social anxiety feels anxious or fearful when they’re in social situations and may intentionally avoid socializing because of it. The anxiety is driven by a fear of being ridiculed, judged, or embarrassed in front of others.

A panic disorder is sometimes referred to as a panic attack. During an attack, a person may feel a sudden rush of fear and anxiety that results in shortness of breath, dizziness, or sweaty hands. A person who has such an attack may become more withdrawn and avoid certain places or situations because they fear that they’ll have another attack.

How to Prevent Anxiety

Anxiety can affect anyone at any time. However, there are certain actions that have been shown to reduce the likelihood of a person developing anxiety.

Having an active lifestyle is one such step. People who do things they enjoy with people that they like are less likely to feel anxious. This is because, first, they’re having fun, and also because they’re more likely to have caring, valuable relationships with other people.

Studies have shown that substances such as alcohol, tobacco, and illegal narcotics can worsen and accelerate symptoms and feelings of anxiety. This is especially true when you’re going through a difficult period; though it can be tempting to use these substances as a way to switch off, in all likelihood, they’re making the situation worse.

Finally, one of the best methods to prevent an anxiety disorder from developing is to be aware of the signs and take action as soon as possible. The disorder is easier to treat when it’s still in the earliest stages rather than when the disorder has fully developed.

It’s important to think of anxiety disorders as what they are, which are health conditions. As with most other health conditions, there are numerous treatment options available. So there’s no need to suffer in silence or to try to overcome the issue via force of will. You wouldn’t try to mend a broken leg by mental willpower; you shouldn’t do the same for an anxiety disorder.

The two most common forms of anxiety disorders treatments are:

You can severely reduce the symptoms of an anxiety disorder by managing your response to it. Therapy aims to give you the tools to manage and control your anxiety as and when it arises. The two types of therapy that professionals use is CBT (Cognitive Behavioural Therapy) and Exposure Therapy. CBT gives you the tools to recognize patterns that may be making your anxiety worse. Exposure Therapy helps you confront situations or events that your anxiety has made you avoid.

There are several anxiety disorder medications that you can buy from an approved online pharmacy. Antianxiety and antidepressant medications are used to reduce the symptoms of the condition and to make day-to-day life more manageable and rewarding.

As we said towards the beginning of the article, anxiety disorders are extremely common, with around 30% of people experiencing one form of the disorder at least once throughout their lives. Though deeply uncomfortable, it’s important to remember that much progress has been made through improved treatment options and general societal acceptance of the disorder.