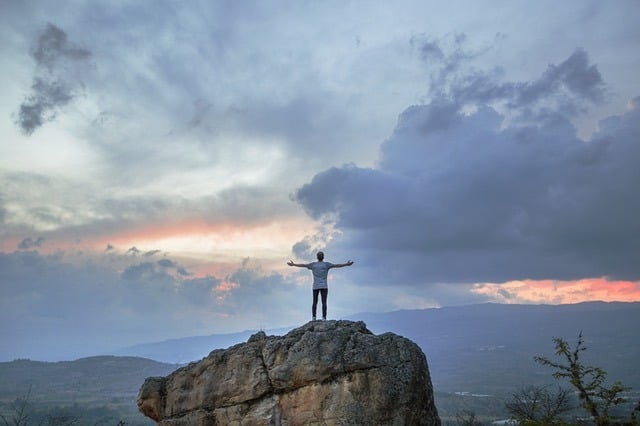 Without real, hard self-belief, we will never really reach the places we’d like. In this life, nothing worth having gets handed to us on a silver platter. We need to really work for things. In order to even step out the front door and even bother going through with the hard yard, we need self-belief. It’s not an easy thing to come by, and it can be torn down very easily, but it’s worth building.

It might seem that way because there are people out there with almost superhuman-like attitudes towards themselves and everything around them. Those individuals were once small shadows hiding in the crowd, too, though. They slowly built up their confidence and self-belief by doing a few things over and over again.

They’re the finished article when it comes to mentality, and you can become just that, too.

You’re probably interested in becoming a much more confident person, right? Well, here are a few ways you can become like the individuals we’ve just gushed over:

If you actively try to become a more intelligent person, then the chances are that you eventually will.

It doesn’t matter whether you’re wondering how long does it take to build a house or whether you’re trying your hand at some web design, if you practice and take in new info, then you’ll start to realize you can progress at things.

If you have positive content around you, then you’re going to feel a lot better about yourself.

If you’re constantly around, say, people that put you down and tell you that you can’t, then you’re only going to doubt yourself every single day. You are your surroundings, so make sure it’s the right environment.

Working out not only makes you feel happier in your head, but it also allows you to realize that you can get past challenges that perhaps you didn’t ever think you could.

Shifting a heavyweight that you wouldn’t have a year prior is quite the achievement – and something you’re more than capable of.

When you sit and really think about something, you can find negatives in it – it doesn’t matter what the topic is.

Whatever you think about yourself, do your best not to analyze it too deeply. One thing’s for sure: other people definitely aren’t. Even if they pass a comment, they’re still just saying something and forgetting about it seconds later.

Don’t think too deeply as it can stifle your self-confidence.

Go Out And Actively Try Things

Literally, go out and do things you’ve wanted to do.

Go out, face your fears, and do things that are difficult. Go out and purposely fail. When you fail, you learn and progress. You also start to realize that smaller issues that annoyed you before really were small and irrelevant in terms of the big picture. You’ll be a much larger person for this.