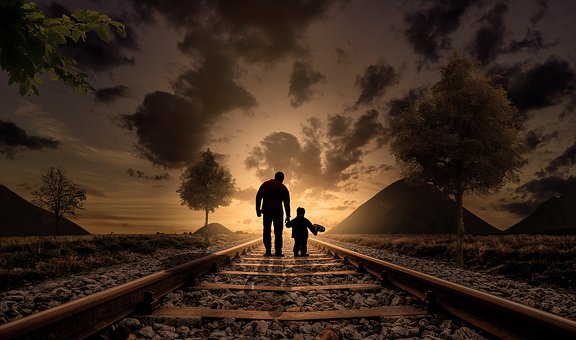 Just a few decades ago, or even more recently, fathers getting full custody of their children was fairly rare unless there were specific and often severe circumstances. For example, a father might have gotten custody only if there was evidence of physical or sexual abuse in the home, or perhaps if the mother didn’t want custody.

Now increasingly, dads are being awarded full custody even when there aren’t these extreme circumstances, but they can show that they provide a better home for whatever reason.

That’s not to say winning custody as a father isn’t, in some cases, an uphill battle and often one that’s costly.

The following are things you should know as a father as far as getting custody of your children.

There are a lot of ways custody can be set up, and parents often come to an agreement during mediation to find a solution that works best for their family. In circumstances where an agreement can’t be reached, parents go to court.

In most cases, a court does prefer to award joint custody. In joint custody, parents share physical and, in some cases also legal custody of a child.

Full custody, also referred to as sole custody, means one parent has sole responsibility for a child.

In modern family courts, it’s tough for one parent to get sole custody, whether that’s to a mother or a father, but it’s possible.

You do need to be able to show that you are the better parent to have a chance of winning full custody.

While fathers have come a long way in terms of parental rights, it’s possible there are still stereotypes and biases that may work against you, so be aware of this going into it.

Coming to an agreement in mediation is preferred by the courts, and it’s something you should always try, even if you’re not sure you’ll be able to agree. Some states require mediation before you can go to court.

To win custody of your child, you need to be able to show that you’re the better parent, as was touched on. There is a higher burden of proof for the parent who is seeking sole custody.

You need to be able to show that you can take care of your child’s physical and psychological well-being. This means that you can provide a healthy routine for your child, and also that you’re going to support your child having a relationship with the other parent because that’s part of a child’s mental well-being.

Talking to a professional would be a great option to get child support advice and fully understand how parenting goes.

Keep notes and records of how you spend your time with your children, what you do during that time, and how you facilitate a good life for them when they’re with you.

Before you start any custody battle, you need to be clear on what the laws are in your state.

Many people are surprised when they learn more about the laws.

Be Involved In Your Child’s Life

It sounds simple, but sometimes the simple things are the most important and relevant in child custody.

As a father, make sure you’re always very involved with your child’s life.

For example, whenever possible, drop your kids off and pick them up from school, attend their sports events and activities, and take them to doctor’s appointments. You should also know all their teachers, coaches, and caregivers.

If you’re ordered to pay child support, keep up with your payments. Keep records of when you pay, including if you have an informal agreement.

Have a Space for Your Child In Your Home

You should have a bedroom for your child in your home, if at all possible, and if you have multiple bedrooms, try to give them separate spaces.

The court will ask about your living accommodations and housing, and it is relevant, so do the best you can.

Have a Plan For How You’ll Manage Custody

If you are awarded custody, you should have a plan for what your living arrangements will be, how you will keep up with your child’s school and after-school activities, and how financially prepared you’ll be.

If you realistically aren’t able to provide a plan for these things, you have to be aware that it may impact your ability to win custody.

When thinking honestly about these things with yourself, you may conclude that joint custody is best in your situation.

If you’re even thinking of going for full custody, you might want to deactivate your social media accounts before doing so.

Social media is one of the primary reasons that parents lose custody without even realizing the effects it can have.

If you’re posting pictures of you drinking and partying, it’s going to be tough to convince the court that you’re the better parent, even if those are activities you do when you don’t have your kids.

Control Your Emotions and How You Respond to Your Former Partner

If you let your emotions get the best of you when you’re communicating with your child’s other parent, it’s going to be problematic in terms of winning custody.

You need to control how you speak to the other person, no matter how heated you might feel.

Responding in an angry way can make it seem like you might not be able to control your emotions in other situations. It may also make it look like you’re not willing to work with your former partner or that you aren’t going to work to facilitate a relationship between that person and your child.

Keep your children out of everything that’s happening as much as is possible. Don’t talk about your former partner in front of them, and don’t try to pit your child against the other parent because these are things that can cause you to lose in court.

Finally, choose an attorney who has experience working with fathers and someone that you trust and feel comfortable with when you’re fighting for custody.