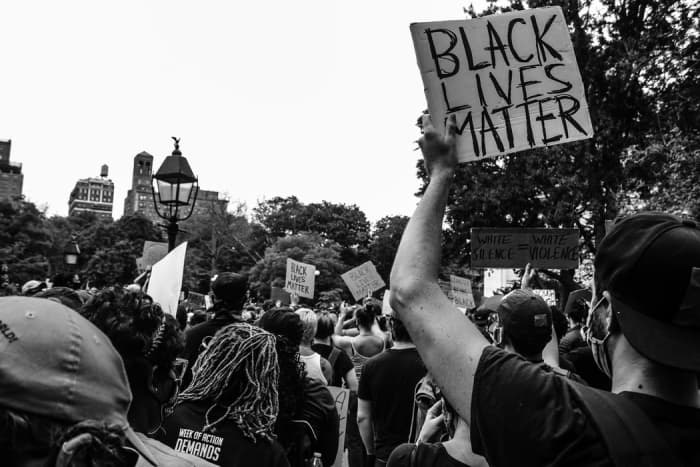 We all feel free to express our opinions. No matter it is during a social meeting with friends, a job meeting, or just writing a review for a book or a product, freedom of speech is at the core of our way of being. But things were not like this since forever. Democracy was not the first form of political organization and humanity went, and some countries still go through a long fight with fascism, communism, or Nazism.

None of these mentioned political ideologies valued freedom of speech and people were restrained and even punished when they expressed their ideas freely. Because some of the ideas were criticisms of the political parties, the evolution of a country, or its government. Which, in turn, could have been the wick of a revolution. And this eventually happened in most countries on the globe.

Freedom of speech is not a right that humans had from the start and some of them are still fighting for it. So, what is freedom of speech and why does it have to be protected by law?

It may sound a little bit similar to social media platforms but they are just the environment where people feel comfortable with expressing their opinions. If you want to read more resources about the freedom of speech, its history, and its impact on the modern world, get inspired with free speech essay examples collected by WritingBros. But why is freedom of speech so important for modern society? Well, it helps society improve and develop even more. It helps people connect, work together, meet, and be friends. Freedom of speech means expressing your opinion without fearing that you will be punished. And simply knowing this can make some individuals go too far sometimes.

The last year was marked by important events in the US.

The social movement Black Lives Matter gained even more momentum after the killing of an unarmed black man by police officers. There were protests around the country and extremist groups marched the streets and destroyed the businesses and stores of many people. This year, the Capitol was besieged after a tweet of Donald Trump.

And we can say that all these manifestations resemble the freedom of speech.

Even though all the protests have the goal of raising awareness, freedom of speech should be expressed without putting a toll on innocent people’s businesses. The cultural diversity in the US is among the highest in the world and here you can meet people from all corners of the world. Some of them come here looking for a better future, others to live the American Dream.

But all of them are entitled to freedom of speech.

Why Does It Have to Be Protected by Law?

In these cases, governments or local authorities that are imposing the restrictions should consider that these cannot be based on religious or personal beliefs, nor be discriminative against people that are from a different country, of a different race, or religion.

Freedom of speech needs to be protected by law. Why? Because it is the motor of every society that wants to flourish and evolve. Freedom of speech allows people to work together, value each other’s ideas, and discuss freely conflicting ones.

At the same time, freedom of speech allows you to criticize the government or express your appreciation towards it. And maybe the most important thing, newspapers, magazines, investigative reporters, bloggers, and many more can survive because they have the right to express their opinions.

What Are the Consequences of Not Protecting It?

If the freedom of speech is not protected by law, it can hinder the development of our society.

This is because the free press will slowly stop existing, as they will be sued for everything they will publish. There are politicians or public people that would like to keep some of their illegal businesses private.

Not being able to express your opinion freely will likely take us back to a few centuries ago, when people were censored and prosecuted for not agreeing with the leader.

Freedom of speech is so important for modern society. It lies at the core of our democracies and it allows us to grow and learn from others. Freedom of speech allows people to criticize and even express offending opinions, but there are also limitations. Hateful and inciteful speech is not tolerated. Nor does obscenity.

It needs to be protected by law, otherwise, we will return to a time when people were censored and even persecuted or tortured for expressing their ideas freely. Which were mainly criticism for the public authorities and governments. This still happens in some countries, so we need to value freedom of speech for modern society.

Author Bio: Judy Nelson is a content writer and blogger. She also has a weekly column at an online magazine. Judy takes a look at some of the most pressing problems humanity has, such as climate change, discrimination, or racial injustice.

link to 27 Surprising Characteristics of a Narcissistic Mother

As a stay-at-home mom, it can be difficult to find the time and energy for exercise. After all, between the kids, the household chores, and all the other many tasks on your to-do list, it can feel...