The Other Thrills You Can Enjoy While in Las Vegas 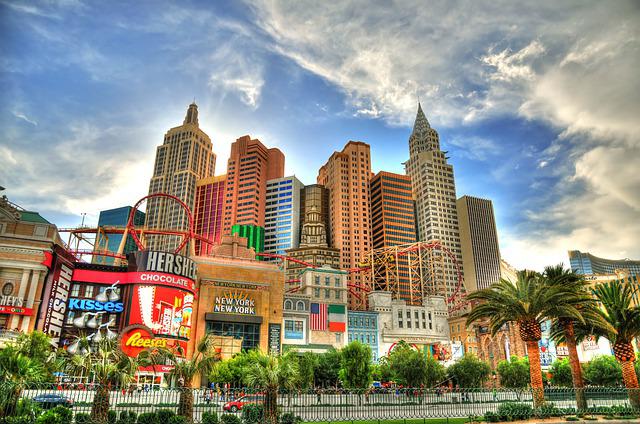 Nevada’s Las Vegas is known around the world for its giant casino resorts. These giant structures have helped to turn the city into a huge tourist destination with gamers coming from around the globe to play on its vast gaming floors.

Casinos are ingrained into the DNA of Las Vegas. It was entertainment like this that helped to create the municipality in the first place. It started off as a destination for workers on the nearby Hoover Dam. After a hard day of grafting away, they’d make the trek across the desert to enjoy a few rounds of cards, a meal, and a show.

Of course, those sawdust-covered floors have gone away and been replaced with the likes of Caesars Palace, The Bellagio, and Circus Circus, but the spirit of those times lives on.

Seeing the success of Vegas, other cities have decided to get in on the action now. Today, you can play popular casino games in places like Atlantic City, Macau, and Singapore. Even Japan is getting in on the act, with plans to open several large resorts in its cities in the coming years.

Online casinos also provide more options for fans of card and table games. Through computers, smartphones, and tablets, players have access to hundreds of variants of popular classics like blackjack and roulette as well as a giant library of video slots. With so many choices available, companies such as PokerStars Casino have developed their own exclusive titles like Papa Paulo’s Pizzeria, Big Blue Bounty, and Tomb of Ra so that they can offer a unique experience to their customers.

Realising that Vegas no longer has a monopoly over casino gaming, the city’s officials and business owners have worked together to diversify the offering available for visitors. This has resulted in a huge range of exciting attractions that you can enjoy both on and off the strip.

You usually find the biggest and best roller coasters in large theme parks, but Las Vegas is one of few exceptions to this role. The city is home to several white knuckle rides, that can be found on the grounds (or roofs) of casinos throughout the city and elsewhere in the state.

Perhaps the most famous of these is the Big Apple Coaster at New York-New York. It features Manhattan style yellow cabs that weave in and out of the east coast city’s famous landmarks and traverses multiple inversions. Other options for traditional roller coasters include the Desperado in Primm, near the Nevada-California border, and the Canyon Blaster at Circus Circus’ Adventure Dome.

There are other thrill rides available too, including The Strat’s Big Shot, Insanity, and X Scream, all of which sit atop of the hotel’s tower.

Las Vegas is home to several major categories of motorsport. For many years, the Las Vegas Motor Speedway has been home to several NASCAR events, including the Cup Series, Xfinity Series, and Camping World Truck Series. It was also once home to IndyCar, with the first event taking place in 1996 and the last in 2011.

If you enjoy single-seater racing, you’re still in luck. From 2023, Las Vegas will be home to a round of the Formula 1 World Championship with names like Lewis Hamilton, Sebastien Vettel, and Max Verstappen due to race their cars right along the Strip under the neon lights.

Vegas is also home to many combat sports. It became the home of boxing in the mid-20th century after stealing the crown from New York. It retains it today, with many big ticket bouts taking place inside the largest Las Vegas casinos. Over the years, the city has seen legends like Mike Tyson, Lennox Lewis, and Muhammad Ali all compete for belts. Today, you can also find UFC and wrestling events inside Vegas casinos with events taking place throughout the year.

Aside from the action inside the ring, these events attract a lot of people who come to watch and bet on the fights. This creates an exciting atmosphere that simply can’t be replicated elsewhere in the world, making it a thrill you’ll definitely want to experience.