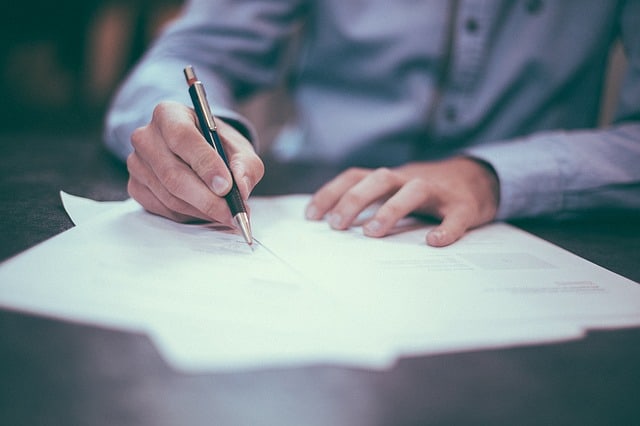 Writing essays is certainly a topic of contention for students. Usually, writing essays, especially argumentative or visual analysis essays, is more preferable over an exam, as it allows ample time for preparation and a way to showcase the extent of one’s carefully crafted knowledge.

However, if you would ask someone whether writing an essay is fun, they would likely say no. The answer is that simple. When one is asked to write an essay in school, more often than not it is on a topic the student has no real attachment to. Why would a student believe that writing a Toulmin essay, for instance, is fun?

However, if you were to ask a student to write an essay about their favorite show, you might find a completely different answer to your question.

The truth of the matter is that people love to share about their interests.

Whether it be about a hobby, their favorite movie, or an incredible concert they went to, the topic is sure to spur a long and engaging conversation.

If students were allowed to write essays on topics of their choosing, they may find it to be far easier and more fun than writing on a preassigned topic designated by a teacher.

This does not just apply to recreational means; if teachers let students pick their essay topics during classes, they may find that students not only become far more engaged with the material, but they end up retaining the information better than otherwise.

Another thing that students might find ‘boring’ about essays is including an APA or MLA outline and the format. In today’s world, the younger generation excels in visual media and verbal presentations.

Essays are often rigid with requirements and their format leaves much to be desired in the way of creativity.

This same student might have a better time if essays were allowed to be constructed in the form of a video, a well-written speech, or even a multimedia performance. Not everyone excels in writing essays, and those who prefer other methods of expressing knowledge will certainly have a better time in learning the information required of them.

So long as they convey the message of the material the class needs to cover, students should be able to express themselves in the creative means that work best for them and their skill set.

Granted, writing essays are usually a headway into professional writing, a skill that is often undervalued and neglected until later in life.

Oftentimes, negative feelings are attached to unfamiliar or unpleasant situations. If a student is not good at writing or unfamiliar in the ways of writing an essay, they might easily dismiss it as boring or redundant, and either give a lackadaisical performance or, worse, not submit at all.

If more effort was put into teaching students not only how to write essays, but how to write good, entertaining essays, then writing them simply becomes routine. Writing the essay is no longer boring, and feelings will not be attached to the task at all.

Ultimately, whether writing essays is a boring or entertaining task relies on the person who is required to write them.

However, due to the points illustrated in this article, things can be done to change one’s viewpoint. If a person finds writing an essay to be boring, there are several steps that could be taken to help them enjoy the task more thoroughly.

If a person enjoys writing essays, then they are already on a good path and nothing further needs to be done.