As parents, we see (and judge) other parents all the time.

In grocery stores, school and in playgrounds across the globe there are a lot of parents out there doing things that many of us consider being “bad”. But in the world of bad parenting statistics, we’re actually setting (most) of the personal judgments aside and looking at real numbers.

The problem with bad parenting is that it often isn’t just limited to the parents and kids directly involved.

Children of bad parents often grow up to be bad parents themselves and the problems grow exponentially, generation after generation.

In this post, we’ll take a look at the effects of so-called bad parenting styles, how they impact our kids and the generations to come. Specifically, we’re diving into exactly what bad parenting statistics are and the long-term effect they have on our planet.

What is bad parenting?

Diana Baumrind is considered one of the leading parenting experts out there.

Her work in the 1960’s is still considered groundbreaking to this day. In her mind, there were 3 main parenting styles:

Of those, she considered authoritative to be the best and authoritarian and permissive to be the worst. Check out more details on her and how her work can help you in one of my newest and best-received parenting posts all about Baumrind’s Parenting Styles.

How does bad parenting affect children?

Of all the parenting styles out there, authoritarian is probably the worst.

The authoritarian parent uses some, or all of the following to parent their kids:

Unfortunately, the effects of these actions can include the following:

Sources for the above claims include: National Institutes of Health in one study and again in another and another, the International Journal of School & Educational Psychology, The Universities of Temple and Wisconsin.

I highly recommend you take a moment and review all the Worst Authoritarian Parenting Examples & Effects to really see just how bad this style is.

What are all the different parenting styles?

I listed 5 of the parenting styles above:

But I would add 2 more to the 5 listed above:

Each of these has some definite pros and cons and none is perfect in and of itself.

A great parent is always learning and growing and will often blend a few of these and tailor it for their specific family dynamic.

But in my opinion, a great parent avoids joining the list of bad parenting statistics by starting with the authoritative parenting style.

Check out these amazing Authoritative Parenting Examples today to be a better parent tomorrow.

What percentage of parents use corporal punishment?

Parents should not spank children, the American Academy of Pediatrics said in its most strongly worded policy statement against the harmful effects of corporal punishment in the home. https://t.co/RFF8zFT92H [Correction: We deleted an earlier tweet that linked to wrong article]

Bear in mind it can be difficult to get an accurate number as not all parents who spank their kids are willing to go on record about it.

That being said, a recent study by the University of Chicago found that over 70% of Americans admitted that, “it is sometimes necessary to discipline a child with a good, hard spanking.”

Generally speaking, most of the rest of the world has lower percentages of spanking by parents with the exception of parts of Africa and the Middle East.

Corporal punishment in schools is still legal in 19 states in the US according to a recent study by the Brookings Institute.

Is it legal to hit your child with a belt? 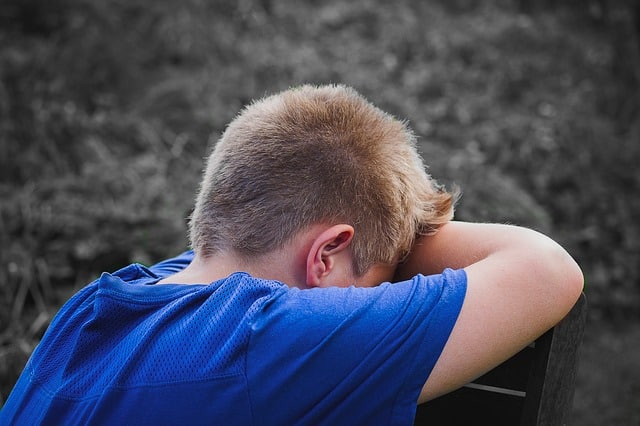 The short answer is maybe. According to US Federal Law, you are allowed by law to use corporal punishment on your children under certain conditions. Those conditions state that the type of punishment must be “reasonable” and not cause injury.

That being said, each state also has their own laws, some more specific than others.

The Gundersen Center for Effective Discipline has a list of corporal punishment laws by state in the US so you can see how your state measures up.

As physically punishing your child gets less popular, the social stigma attached to it has increased significantly and there have been people charged with child abuse who probably thought they were simply disciplining their child.

25 Bad Parenting Statistics That Will Change How You Parent

The American Academy of Pediatrics is strengthening its recommendation to ban spanking and other forms of corporal punishment, citing new research that says that type of discipline can affect normal brain development. https://t.co/wsHZKs0lDH pic.twitter.com/VaW0cV4Iui

3. Single women give birth to 40% of the children born each year.

4. Almost 10% of single mothers claim to have used excessive force on their children at least once.

5. Today, 67% of kids live with two married parents. This number has dropped 10% over the past few decades and continues to shrink.

6. On average, single parents connect with their kids for less than 1 hour per day. This compares with married parents who spend an average of 2 hours connecting with their kids.

7. Over 90% of parents of both sexes tend to hug their kids daily up to age 2. But that drops by upwards of 25% for mothers and 50% of fathers by the time their kids are in the tween years.

The takeaway in these bad parenting statistics is NOT to shame single mothers or single fathers but to point out that 2 parents are better than 1. While there are certainly some very valid reasons for divorce, finding ways to work through the challenges in relationships make life better for EVERYONE involved. If you have children, you owe it to them and yourself to do everything possible to save the relationship before calling it quits.

9. Children in the US living below the Federal poverty line are more than double as likely to experience violent acts towards them or their family members.

11. According to the PEW Research Center, “parents with annual family incomes of less than $30,000, concerns about teenage pregnancy, physical attacks and their kids getting in trouble with the law are also more prevalent than among those who earn $75,000 or more”.

The takeaway in these bad parenting statistics is not to shame poor people but to point out that low income does have an adverse effect on children. Thus, staying focused on building a better life for you and your kids should be top of mind for low-income couples wanting to have children.

11. A recent study published in the Journal of Family Psychology found that parents who experienced spankings, yelling, and neglect as a child were “were more likely to value corporal punishment”. That same study also found that physical discipline “can backfire and cause kids to misbehave”.

15. However, going back to the PEW Research Center study, only 4% of parents in the US “say they turn to spanking often as a way to discipline their kids”.

16. Kids raised by permissive parents are more aggressive, poor planners, and struggle to take ownership of their actions.

17. A recent study by the National Institutes of Health found that children of permissive parents (what they call disengaged) “had greater increases in BMI (body mass index) as they transitioned to young adulthood”.

19. Another recent study by the National Institutes of Health found that (children of) “permissive mothers watched significantly more television”. In a separate study, they go on to say that “Excessive television viewing in childhood and adolescence is associated with increased antisocial behavior in early adulthood. The findings are consistent with a causal association and support the American Academy of Pediatrics recommendation that children should watch no more than 1 to 2 hours of television each day”.

20. That same study by the National Institutes of Health also found that children of authoritarian parents also had higher than average body mass index.

22. A recent study by the University of Southern Mississippi found that “Black American parents as exhibiting stricter, more controlled parenting”.

23. Going back to the PEW Research Center study again finds that “Black parents are more likely than white or Hispanic parents to say they give spankings at least some of the time”.

24. Referring again to the PEW Research Center study, 62% of parents in the US classify themselves as over-protective.

Did I cover all the bad parenting statistics you were looking for?

I’m a father of 3 but in my day job, I run a school where approximately 400 kids attend each week, so I also see children and parents in large numbers and have an excellent understanding of parenting styles, what works, what doesn’t and everything in between.

In this post, I dove deep into the world of bad parenting statistics.

We reviewed the most common parenting styles including the worst ones. But we also took a look at how bad parenting not only affects the kids immediately involved but also generations to come.

Specifically, though, we listed out the 27 Bad Parenting Statistics that will most definitely have an impact on how you parent.

What are your biggest parenting struggles?

National Center for Children in Poverty

Mark Hamill as Luke Skywalker with Ian McDiarmid as the Emperor Darth Sidious and Darth Vader by big-ashb is licensed under CC2.0