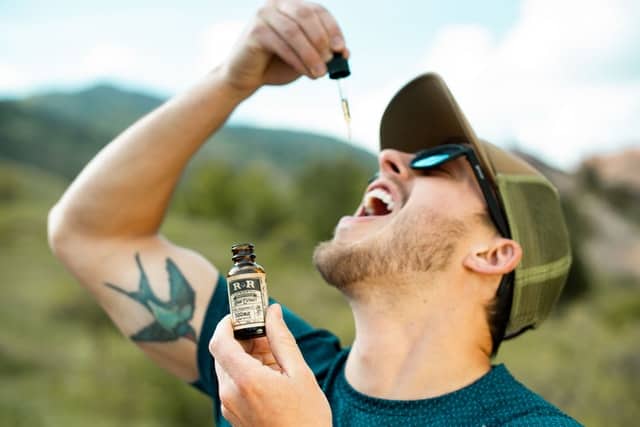 Dads, especially those who are on the go at work and at home, lead stressful lives. Between juggling a demanding career and being involved in their kids’ lives, it should come as no surprise that many of us battle with anxiety daily. This is why considering an alternative to the standard beer with the boys or whiskey after work is worthwhile. This is especially true if you think about how you feel after a few beers, not exactly inclined to check on the kids and their homework. In my case anyway.

One increasingly mainstream alternative is using the hemp flower. You can get it from https://cheefbotanicals.com/cbd-products/cbd-flower/ and the pros and cons related to how it helps anxiety are discussed here.

As dads, we like to know how things work before we try them out.

Cannabidiol, or CBD, is an extract from the hemp plant. Cannabidiol can pretty much be found anywhere these days. Think of lattes, teas, bath salts, and beers and you have an idea of where this is going. It’s also no longer confined to a shady looking guy in a dark alley in a bad part of town.

CBD-based products are now stocked in high-end malls and stores across the country.

Furthermore, the trend is set to keep growing. According to New Frontier, a cannabidiol industry analysis company, the cannabidiol market is expected to grow by 700% and reach US$2 billion by 2020.

Granted, this number could be a bit lower due to the economic downturn caused by the  pandemic, but it could also end up having the opposite effect due to increased anxiety caused by the overall impact of the Coronavirus.

According to researcher Peter Fowler, academics have known about cannabidiol since the late 18th century, when it was the first of over 60 cannabidiol compounds identified by biologists. Scientists worked hard at finding ways to synthesize the compound and in the early 1960s (unsurprising considering what was going on at the time) they got it right.

CBD is extracted from hemp plant resins, something it has in common with all cannabinoids. However, CBD doesn’t get you stoned, which is the main point of departure from the better-known marijuana-based Tetrahydrocannabinol (THC).

Even though CBD has been used to combat seizures and chronic pain, its ability to fight anxiety without the standard-issue brain fog, a well-known side effect of more conventional opioids, is the main drawing card for dads all over.

A study done in 2013 found that CBD lowers anxiety by increasing prefrontal cortex activation and lessening activity in the amygdala.

These are two areas that are involved in anxiety. Cannabidiol also activates CB1 receptors to reset the balance in GABA and glutamate levels, which lowers anxiety even more. While THC also binds in CB1 receptors, it activates the brain’s dopamine reward system à interferes with brain mechanisms that control mood, cognition, pain, and emotions.

This is where the feeling of being stoned comes from when you smoke a joint or have a brownie.

What Dads Also Need to Know

What Do Other Dads Say?

Dads, hemp flower oil might be the perfect way to deal with your anxiety without worrying about what your kids will think. If it’s not, you can always say you tried.