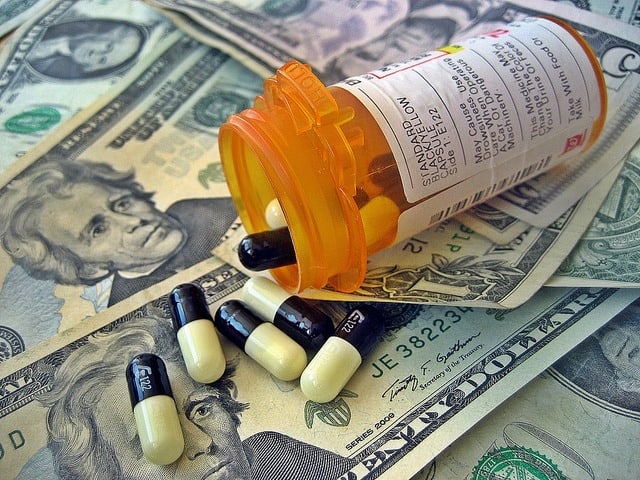 For the past three decades, body pain has consistently been one of the most common reasons for physician visits in the United States. However, there is not much consensus on a proper diagnosis and treatment for these patients. A persistent nonspecific low back pain is a primary concern as there is no identifiable cause and gets typically resolved in less than four weeks.

Thus, being a prime reason for shooting up the Carisoprodol market worldwide.

But are the use of muscle relaxants such as Carisoprodol advisable? According to the guidelines published by the American Pain Society and the American College of physicians in the year 2007, it is first recommended to use acetaminophen and nonsteroids anti-inflammatory drugs as the first-line treatment for body pain.

However, if the first-line of treatment is found to be ineffective, then the use of muscle relaxants is advisable.

In general, the use of muscle relaxants is a controversial alternative as if not used the right way can carry the risk of adverse effects.

The use of Carisoprodol is not recommended as the primary treatment for body ache or any kind of pain. According to the reports by the National Center for Biotechnology Information, 35% of the patients are prescribed muscle relaxants for nonspecific back pain and only 18.5% receive initial muscle relaxant therapy.

With the frequency of use and with the potential for misuse, it is important for pain management clinics to be aware of the facts regarding muscle relaxants in the United States.

How does muscle relaxant work?

Today, among all the muscle relaxant available, Carisoprodol which is sold in the brand name of the Soma pill dominates the majority of the market.

It is commonly used as adjuvant therapy for acute pain in people. Going by the reports published by Practical Pain Management, about 91% of the physicians prescribe muscle relaxants for back pain.

Carisoprodol or Soma pill is a central nervous system depressant.

It does not directly act on the skeletal muscle, but functions by interrupting the neuronal communication within the spinal cord and the reticular formation. The other muscle relaxant that acts centrally is baclofen, methocarbamol, and tizanidine. Whereas the other group of muscle relaxant acts directly on the muscle fiber and are called as the peripherally acting muscle relaxant.

Dantrolene is one of such peripheral muscle relaxant.

What is a skeletal muscle relaxant used for?

Long term use of Carisoprodol

On reaching the human body, Carisoprodol can have short term positive effects such as,

The use of muscle relaxants such as Carisoprodol is considered safe at a lower dosage.

Higher dosage or when they are mixed with other drugs can be addictive and dangerous. It is seen that Carisoprodol is often abused with other drugs as they act as an enhancer for other drugs. Taking sedatives or alcohol can make a person feel high with greater potency.

Some of the drugs that common interact with Carisoprodol are-

In the long term usage of Carisoprodol or any other muscle relaxant, one issue that remains persistent is addiction and dependency. To date, not many pieces of research and studies have been carried out on the long-term effects of Carisoprodol abuse.

Health officials relate to the long-term usage of Carisoprodol with the risk of overdosage and its ability to impair the ability of the brain to create an appropriate level of dopamine that is very important to avoid depression.

This is why it is advisable to not use Carisoprodol for more than three weeks continuously.

When you wish to stop its usage make sure that you do not drastically stop the intake, first gradually lower the dosage before completely stopping it.

Affect of Long-term use of muscle relaxant on lifestyle

The changes seen in people with dependency issue or addiction are-

When an addiction deepens, the feeling of increasing the dosage lingers around the brain of the person.

These higher dosages come with severe chances of causing side effects in the person. So, is this the end of a normal life? The answer to the question is NO! Addiction is a lack of control over drug use, but there are many ways to handle the situation.

For fighting the issue of addiction and dependency, one can take help from the following therapy methods-

The program for each and everyone differs depending on their condition and severity. The work isn’t over just with the program. There can be days when you might feel like relapse and the urge to go back starts to overpower. On those days you can talk to your therapist or take help from your family members.