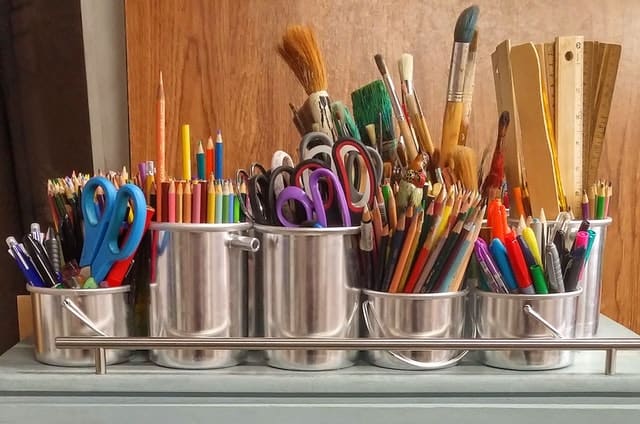 If your child goes to a private school in the U.S., chances are good they have to wear a school uniform. But it’s not just kids at private schools that have to wear uniforms these days – 20 percent of public schools now require them, too.

Are school uniforms beneficial for children? Whether or not they are is hotly debated. Proponents of school uniforms say they reduce student violence, bullying, and gang activity, while improving school attendance and academic performance. Opponents say they stifle students’ self-expression and place an unfair financial burden on families. Let’s take a closer look at the pros and cons of wearing school uniforms.

Research into the benefits of school uniforms has found that uniforms may help to make students safer by decreasing the incidence of violence in school. For one thing, if everyone is wearing a uniform, it will be easier to immediately spot any intruders in the building. However, uniforms also have an equalizing effect on the students – if everyone is wearing the same thing, no one is picking on the kids whose families can’t afford the latest fashions and the most popular designer brands.

Opponents of school uniforms say that they inhibit students’ self-expression. Learning to express yourself in childhood is a critical developmental stage, and children may suffer some detriment if they’re not allowed to express themselves through their clothing. Children themselves often say they dislike wearing school uniforms.

If a kid is allowed to wear whatever he or she wants to school, he or she can spend some time picking it out. Wearing a school uniform therefore makes getting ready faster and easier in the morning, and that may be why attendance rates increase in schools that require uniforms. Students who wear school uniforms aren’t stressed about fitting in with their peers and wearing the latest fashions, so they may perform better academically because they can concentrate on their work..

Some opponents of school uniforms point out that buying school uniforms can place an unfair burden on poor families, who may not have the money to buy specific new clothing items from a store. Families who may be reliant on thrift stores and hand-me-downs to outfit their kids may find buying a school uniform to be a financial burden. Opponents further point out that public school education is supposed to be free – parents pay for the schools with their taxes, and shouldn’t have to pay what amounts to an additional tax to pay for school uniforms.

Pro: Uniforms Can Save Some Families Money

Con: Uniform Policies Can Be Difficult to Enforce

In general, the older the students, the harder it is to get them to even wear a uniform in the first place. Elementary-aged students will typically wear a uniform without question, but middle-school and high-school aged kids will push back. Enforcing a school uniform policy will take up teachers’ and administrators time and keep kids in the office, or in detention, or in suspension, when they could otherwise be in class if their school didn’t have a uniform policy.

Wearing the same clothes as everyone else in school will have a positive impact on students’ self-esteem. Students won’t be worrying about what other students are wearing or whether they can afford the same clothing brands. They’ll be free to concentrate on more important things like making friends, doing well in class, and participating in extracurricular activities.

Are school uniforms bad for kids? Perhaps not – their benefits may outweigh their drawbacks. For many schools and families, uniforms help kids concentrate on school – and that’s what matters the most.