Elf on a Shelf is officially created for kids between 36 months and 15 years. However, many kids as young as age 2 enjoy the holiday tradition, and many kids over age 10 begin to lose interest after they stop believing in Santa Claus.

But there’s a lot more to know about the Elf on the Shelf phenomenon, ages, when to start the tradition and when to stop it.

There are some great ways to introduce your elf to your kids and some heartfelt ways to say goodbye when they begin to age out of it.

Elf on the shelf. Christmas 2020. pic.twitter.com/A0V7WKmZzc

What is Elf on the Shelf?

Unless you’ve been living under a rock or don’t have kids, you’ve surely heard of Elf on the Shelf.

It’s both an elf doll and also a companion book called The Elf on the Shelf: A Christmas Tradition, first published in 2004.

You can buy the doll/book combo almost anywhere when it’s the holiday season, including Target, Wal-Mart, and, of course, Amazon.

The idea is that the elf was sent to your house from Santa to help keep an eye on your kids. Each night they fly home to the North Pole and then return just before daybreak.

For us poor parents, that means we have to find a creative new place to move the elf to once the kids go to bed. It’s also a big no-no to ever touch your elf in front of your kids. That makes them sick and they temporarily lose their magic (giving you a much-needed night off from moving your elf).

Traditionally the elf would show up the day after Thanksgiving, and then go away the evening of Christmas eve. Sometimes parents have their elf show up throughout the year for their kid’s birthdays. 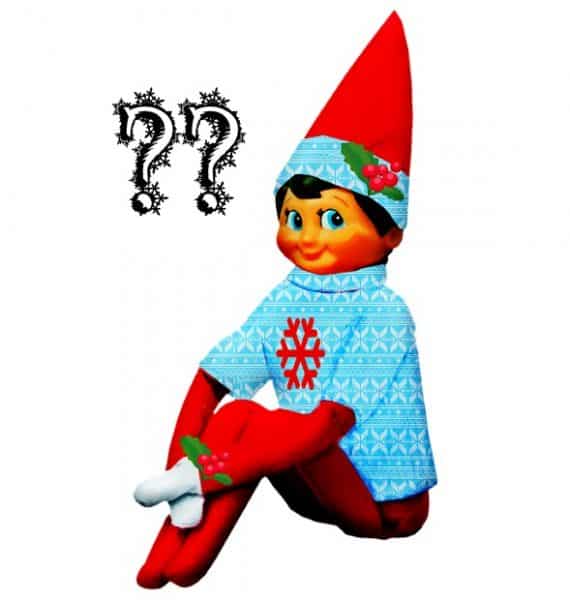 What’s the point of Elf on the Shelf?

For the cynics, it’s basically a marketing creation. Someone invented the idea in 2004 as a way to sell dolls, books, and DVDs, and accessories.

Of course, many traditions were probably started by marketers looking to generate sales, so that’s not really unusual.  Also, like a lot of traditions, it eventually became ingrained in the hearts of kids and parents everywhere.

Our older daughters used to race downstairs every morning during the holiday season to see where Cookie had moved to.  They would talk to Cookie and were convinced that Cookie was as real as you and I.

My wife and I did sometimes tire of having to create new fun things to do with the elf every night. So much so that I compiled a list of 31 Mischievous Elf on the Shelf Ideas.

My point in that article was to come up with really fun things to make your elf do, BUT to also make them quick and easy for tired parents.

So check them out if you need some inspiration.

How does Elf on the Shelf arrive for the first time?

As the book tells us, when your family buys an Elf on the Shelf and names it, that’s when it comes to life through the miracle of Christmas magic. Then the elf flies to the North Pole each night to update Santa Claus on your kids.

After you buy your elf (typically done without your kids), your elf arrives the day after Thanksgiving. But whatever day you decide to decorate your tree works also.

You would name your elf to bring it to life and then read the book to your kids. That night, after the kids go to bed, your elf would “fly” home to the North Pole and then return in the morning before the kids wake up.

That’s your cue to move the elf to a new position once they are asleep.

What are the rules for Elf on the Shelf

The primary 2 rules for Elf on the Shelf are to never touch your elf when your kids are around and the elf is supposed to fly home to the North Pole each night and then land in a new place in your home before morning.

Of course, you can add or make up your own rules; this is just for fun, after all.

But there are 2 general rules most elf owners go by, so if your kids talk about their elf with their friends, it’s good to not stray too wildly from the core fundamentals.

If you do accidentally touch the elf with your hands, since they lose their magic for a day, you get the night off on moving it. Then the next night, it would be back to elf business as usual.

The Elf on the Shelf FAQ page also makes the following suggestions for helping your elf’s magic to return after accidentally being touched:

Is there an age limit for Elf on the Shelf?

Officially, the Elf on the Shelf company says, that their product is for kids between age 3 and age 15.

In truth, most 15-year-olds will have long stopped believing in Santa and will probably think that Elf on the Shelf is lame and for little kids.

My older 2 daughters, ages 11 1/2 and almost 11 as of this writing, both no longer believe in Santa and were pretty disinterested in our elf last Christmas season. Since our youngest daughter was only just a year old, she didn’t quite get it.

So it was a pretty uneventful Elf on the Shelf year for us.

I also think you could start Elf on the Shelf at age 2 rather than 3, although certainly ages 3-7 is probably the sweet spot. 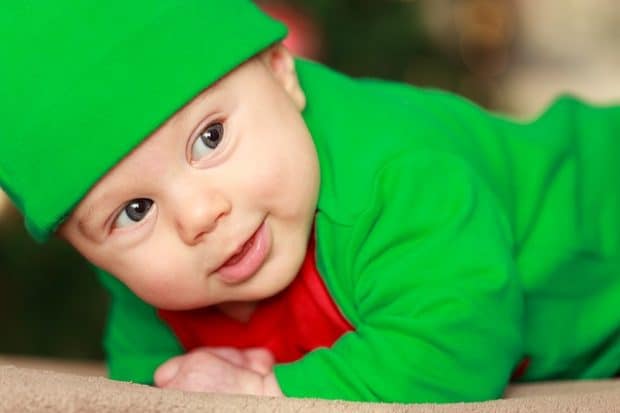 When should you start Elf on the Shelf?

The company recommends age 3, but I think age 2 works also.

Once kids hit age 2, they are really noticing a lot, are naturally curious, and get excited about cool things. That child-like innocence is in full-effect too, so the holiday season becomes a magical time.

I will say that while age 2 is a fun age to start, they may not have the attention span to sit through the reading of the book, and they probably won’t grasp all the rules and general concept.

But it will still be fun to start and it will set the stage for the next year.

What age do you stop Elf on the Shelf?

We definitely saw a lack of interest this past Christmas season when our girls were ages 10 and almost 12.

Their friends had all started to tell them Santa wasn’t real. When that happened, all of the childhood legends from the Easter Bunny to the Tooth Fairy and our elf Cookie all started to not be interesting anymore.

So while the company officially says age 15 as the top end, I personally think that’s way too old.

The only exception I would make is if there are still younger siblings in the house. That is true in our case, so we will definitely keep doing it for our youngest daughter Layla.

Now that the cat’s out of the bag with the older girls, hopefully, this coming holiday season we’ll get them in on the action and that might make them interested again from a different perspective.

So I would say 10 or 11 would be about the maximum age kids will still be interested in Elf on the Shelf. But whenever they learn the truth about Santa should be about right.

Elf on the Shelf Printables: Fun for All Levels of Elfing Families
Customize Your Elf Fun with a Behavior Meter, Scavenger Hunt, Goodbye Letter, and Planning Calendar https://t.co/HwC0TkccZz pic.twitter.com/vQB00LhBbK

How to write a goodbye note from Elf on the Shelf

An Elf on the Shelf goodbye letter is crucial for the end of each holiday season.

But you might also want to write one when your elf is leaving for good as your kids have gotten old enough to not be as interested anymore.

Remember, this is a letter to your kids from your elf. Elves are known for being a little funny and mischievous, so your letter should reflect that.

Of course, the final letter your elf writes could be more heartfelt as it’s certainly a sad occasion when you close the door on that level of childhood innocence.

I have a collection of 7 fun Elf on the Shelf goodbye letters (5 seasonal and 2 final) you can download for FREE!

They are in Microsoft Word, that way you can personalize it with your elf’s name and also address them to your kids if you wish.

Assuming you’ll write the letter on your computer and print it, I recommend using a sort of funky, hand-written looking font.

You may have some great ones, but there’s a ton of free ones you can download too. Since this will be during the holiday season, you could also use some holiday-themed fonts too.

Like most fonts you would download online, these are zip files. Just right click to expand and then drag the folder contents into your fonts folder (that for a PC; I’m not super familiar with Mac).

Did I cover all your questions about what age is Elf on the Shelf good for?

In this post, we took a quick look at the Elf on the Shelf phenomenon.

We covered the basics about what it is, why it’s special, how to start the tradition, and when to stop it. Specifically, we looked at what age is Elf on the Shelf for. That way you have a good gauge for your kids.

What’s your favorite thing to have your elf do?

As a stay-at-home mom, it can be difficult to find the time and energy for exercise. After all, between the kids, the household chores, and all the other many tasks on your to-do list, it can feel...

The sad reality for parents is that as our kids get older, they need us less. And for a mom who has stayed home to raise them, she may eventually want to get a job. So, when should a stay-at-home mom...