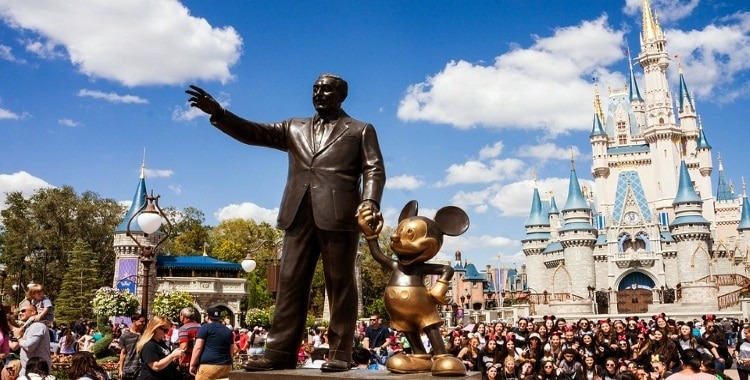 Disney parks are all over the world, and with many expanding and adding rides and attractions, many have wondered which Disney park is biggest.

Here’s what I learned:

Walt Disney World is technically the largest of any Disney Park at 25,000 total acres. But, that’s not all rides & attractions as over a 3rd is conservation land. But at 1096 acres at the 4 main parks, it is still the largest Disney park, followed by Shanghai Disneyland at 963 acres.

But there’s a lot more to the story of Disney parks and size, including what makes up the majority of Walt Disney World’s 25,000 acres, so let’s keep going.

Ready to get the best deals on official Disney clothing, toys, costumes, and gifts?

shopDisney is the official online Disney store and is the best place to find deals on everything from:

Shop for everything you need, or click the Sale tab and see everything on sale at rock bottom prices!

Just go to shopDisney.com to check out all the amazing deals and cool stuff!

All Disney parks ranked from largest to smallest

Here are all 6 Disney parks by (current) size:

Bear in mind many of these parks have additional acres not shown here for resorts, transportation, and scenery. So these numbers are for the parks themselves.

Which Disney World park is the biggest?

Those 4 parks that make up Disney World are:

The biggest of the 4 parks is Animal Kingdom coming in at 580 acres. Next, we have Epcot at 300 acres.

Rounding out the 4 parks, the Magic Kingdom is 107 acres. This is the classic park that most closely resembles the main park at Disneyland.

So Animal Kingdom is, by far, the largest park at Disney World.

Where are all the Disney parks located?

Of course, Walt Disney started with Disneyland in Anaheim California, which opened on July 17, 1955.

But while that was the only park Walt got to see open to the public, they’ve gone on to create 5 other main parks, most of which typically has 2 or more parks within them.

The main Disney parks are:

If you’re a Disney film lover, have you ever wondered why parents always seem to die in Disney films?

I recently published this article about that phenomenon and uncovered the devastating truth behind what drove Walt’s vision for his films.

Just click that link to read my article on this site.

How big is the Magic Kingdom?

The Magic Kingdom is 142 acres. And yes, it’s larger than Disneyland which is only 85 acres.

Within the Magic Kingdom are 6 lands, or sections. Those are as follows:

At the center of the park is Cinderella’s Castle and then each land or section branches off from that. The Walt Disney World Railroad encircles the whole park and is a great way to get a look at the park as a whole.

Which Disney park is the smallest?

At 68 acres, Hong Kong Disneyland definitely comes in as the smallest of all Disney parks.

After all, with Walt Disney World coming in at 1096 acres, that makes it almost 20 times larger than Hong Kong.

So what’s missing at the Hong Kong Disneyland?

Well right off the bat, they don’t have Star Wars: Galaxy’s Edge.

But here are some other well-known Disney rides or attractions that are NOT in Hong Kong:

Like all other Disney parks, Hong Kong Disneyland has themed lands or sections. In this case, they have 7:

But they are expanding in 2021 with the addition of Arendelle: World of Frozen and the Avengers Campus in 2023, which, as the name implies, is a Marvel-themed area coming to several Disney parks including Hong Kong.

Is Disney World bigger than Disneyland?

Yes, is the short answer.

Disneyland, by comparison, is only 157 acres including the newly opened Star Wars: Galaxy’s Edge which added an additional 15 acres.

So all the parks combined, Walt Disney World is almost 4 times larger than Disneyland.

Which is the best Disney park in Orlando?

Best is a pretty subjective term.

Many people love The Magic Kingdom because it’s the most “classic” of the Disney parks with its iconic Cinderella’s Castle (Disneyland in California has Sleeping Beauty’s castle).

It’s also VERY similar to the original Disneyland in California.

Of course, Walt Disney World didn’t open with all 4 parks.

I like Animal Kingdom the least and the other 3 are a tie, but with Star Wars: Galaxy’s Edge inside Hollywood Studios, that may soon become the best Disney park in Orlando.

But you don’t have to wait if you’re planning a trip. Check out all the Cool Stuff to Do in Disney’s Hollywood Studios (click to read my post).

My ultimate guide includes lists of all the restaurants, attractions, and even where to find your morning Starbucks!

Which park is bigger Disneyland or Magic Kingdom? 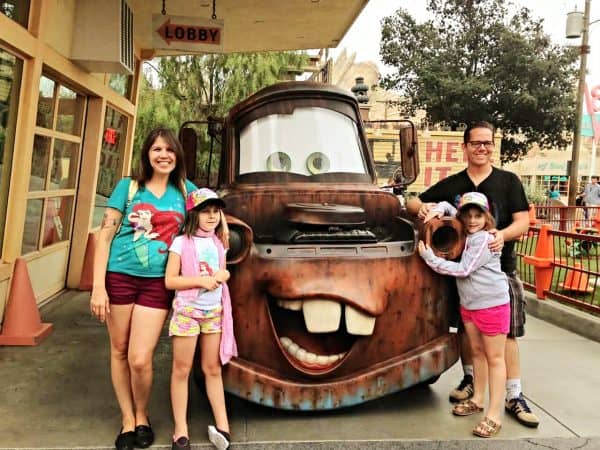 Disneyland refers to the original park in Anaheim, California.

Not counting California Adventure located next to Disneyland and collectively known as Disneyland Resort, Disneyland itself comes in at 85 acres.

Is Magic Kingdom bigger than Epcot?

As I mentioned above, The Magic Kingdom is 142 acres.

By comparison, Epcot (once known as Epcot Center) is 300 acres. Thus, Epcot is almost 3 times larger than The Magic Kingdom.

When visiting WDW, which as we’ve said, is the largest of all Disney parks, learning about something called rope drop can literally save you hours of waiting in lines.

So if you’ve wondered What is Rope Drop at Disney World (click to read my post), check out one of my latest articles that walk you through exactly what it is and what to do to beat the crowds on your favorite rides.

What is the biggest Disney Resort?

By Disney resorts, we’re talking hotels and other Disney lodging.

Amazingly, there are 42 Disney Resorts worldwide. In terms of which is largest, here are the top 10:

Not surprisingly, since the total acres come in at 25,000, all of these resorts are at Walt Disney World in Orlando, Florida.

It opened in Anaheim’s Disneyland in the summer of 2019. And it was followed at Walt Disney World’s Hollywood Studios on August 29, 2019.

Both parks are about 14 acres.

Much of that park’s Streets of America areas were closed including the Honey I Shrunk the Kids attraction to make way for the new Star Wars adventures.

Get ready for Star Wars: Galaxy’s Edge in WDW with my ultimate tips, tricks, and hacks for the Disney Genie System which replaced FastPass (click to read my #1 article)!

The Genie System is great, and once you understand how it works, it can save you hours of waiting in line, so make sure and check out what has become my most popular blog post!

How Big is Toy Story Land?

Toy Story Land is a park obviously based on the Toy Story movies.

But then Disneyland does have Cars Land located in California Adventure, which is unique to that park (and is awesome!)

Which Disney World park is the most popular?

Crowds are an important factor in deciding which Disney park to visit and when to go.

The most visited parks, in order from most to least visited, are:

The Magic Kindom gets that number one spot by having over 20 million visitors a year.

By comparison, Hollywood Studios typically gets half that many. But of course, that will change with the opening of Star Wars: Galaxy’s Edge in 2019.

I have the ultimate guide to Walt Disney World and it can be yours FREE.

I cover ALL you need to know:

Did I cover everything you wanted to know about which Disney park is the biggest?

In this post, we started with a simple question: which Disney park is the biggest?

But then we went a little further and examined the sizes of all the Disney parks and some of the differences within the different parks all over the world.

Which Disney park is your favorite?